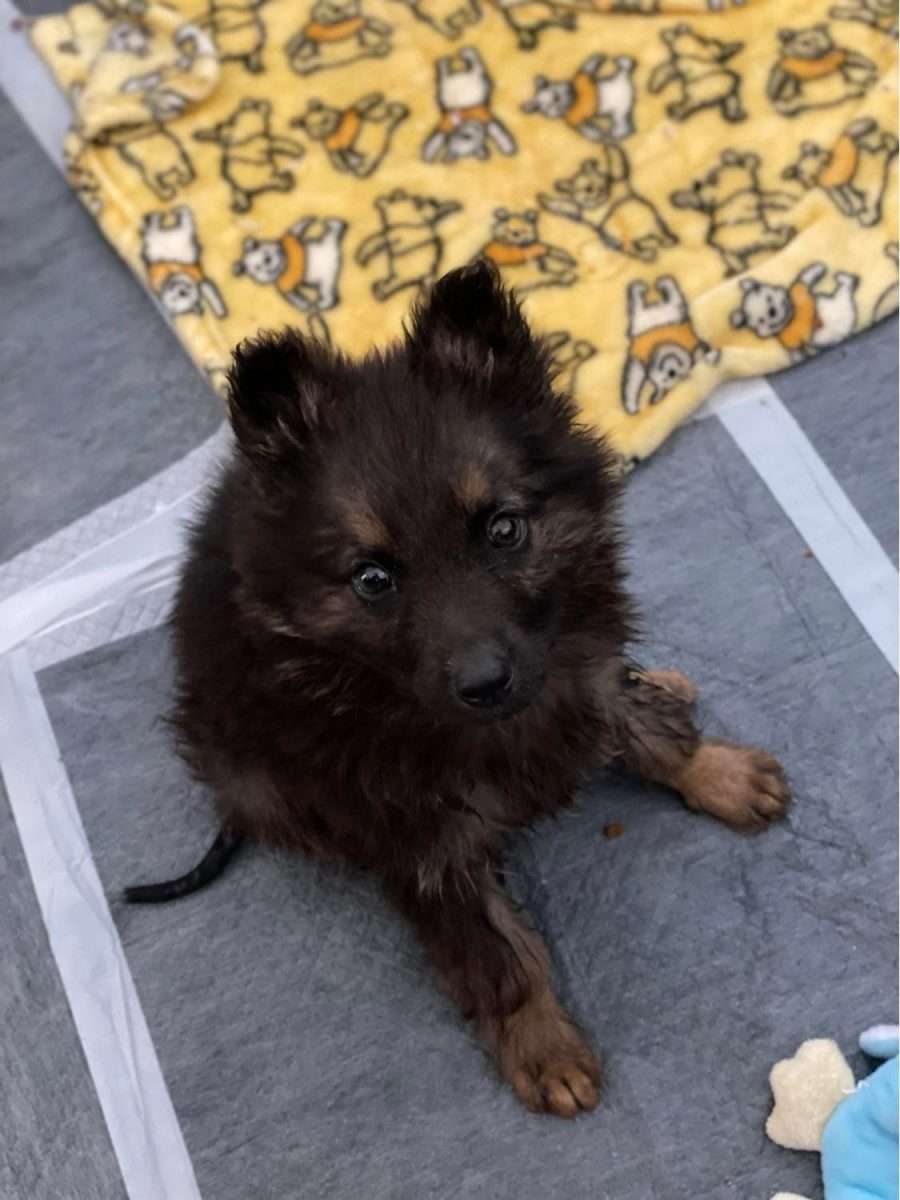 The Story of Adira

Running down the streets of Houston being shot at. This was Adira’s reality before she was rescued.

10-week-old Adira was rescued by a couple who encountered teenagers running after a small puppy, shooting her with a BB gun. The couple grabbed Adira to keep her safe. Luckily, she had sustained no injuries from the BBs. Unfortunately, they weren’t able to keep her in their home and would struggle to feed her. They posted her in a Facebook group commonly used to rehome animals in Houston, and a Ruff Start foster immediately went to pick her up.

We thought her troubled days were behind her when she joined Ruff Start, but Adira then began having seizures. She was very skinny and had been living on the streets, which led us to believe the seizures were a symptom of low blood sugar. To confirm the reasoning, Adira visited the vet the next day. While she was there, the vet found ringworm on all four of her paws and her tail, which can be treated with medication. They tested her blood sugar, but it was within the normal range. With that, the vet’s best guess was that she has a congenital liver shunt, which would likely require surgery, medication, a special diet, and follow-up appointments.

When Adira continued to have 1-4 seizures a day, her foster knew she had to resolve the problem and rushed her to an emergency vet. The doctor determined it wasn’t a liver shunt – her blood and liver values were normal. There she stayed the night for observation and was put on anticonvulsant medication, which helped her seizures subside. The vet then considered the possibility that Adira may be having seizures due to a viral infection. At that point, they decided to run additional tests and send Adira back to her foster home while we await further test results.

Adira is doing well in her foster home and is slowly regaining her energy and becoming a playful puppy. She’s very sweet and soaks up all the love; she enjoys napping like a baby in her foster’s arms.

She is in the best care while we await test results, and she is stable for the time being. As a rescue, we will continue to do whatever is possible to ensure the best quality of life for Adira.

We appreciate our community’s support when unexpected costs like these arise. Can you help us help Adira so she can live a happy, healthy life in Minnesota?