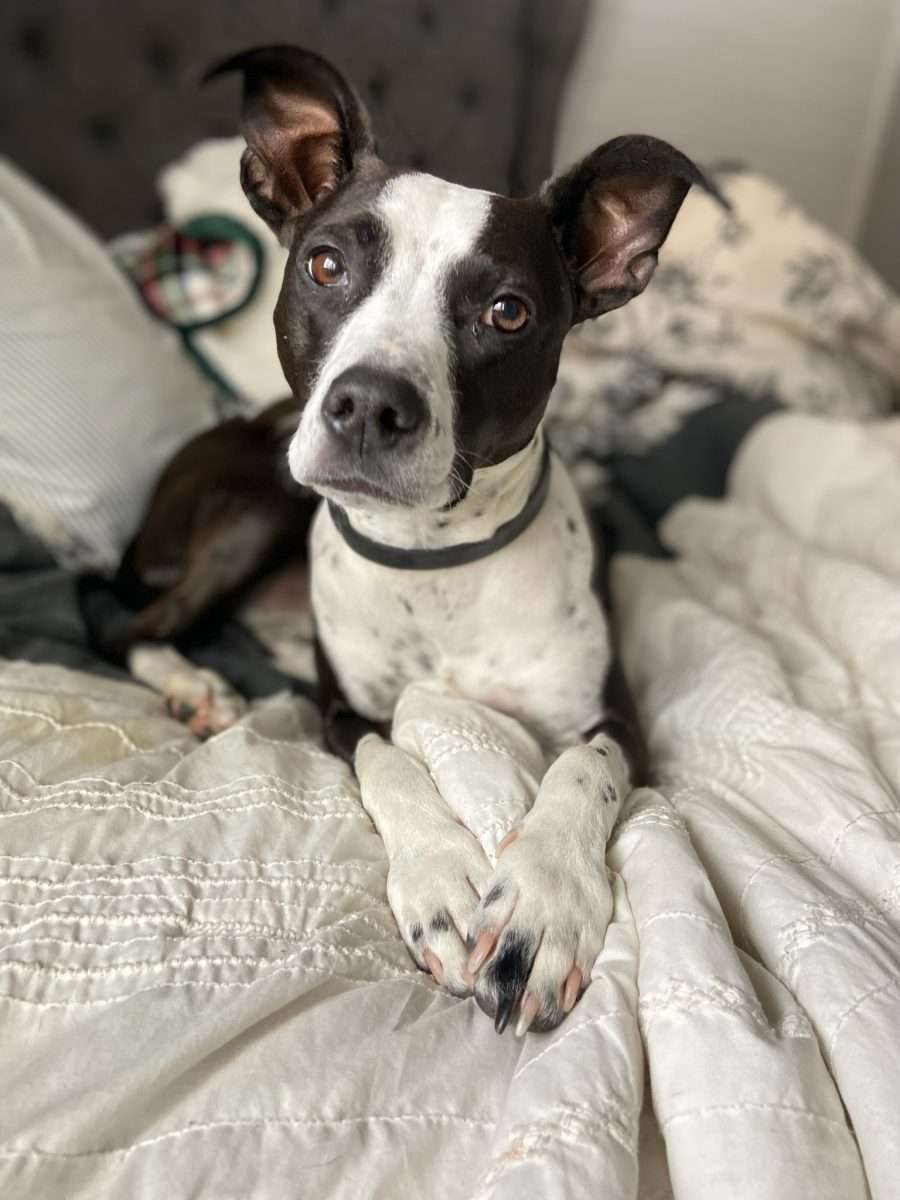 The Story of Yuri

Yuri has lived a life that no one deserves – human or animal.

He is a survivor of a household with domestic violence and so much more. When he was found, his owner had long passed away, and Yuri had been living in a home alone with another dog. Their survival instincts had kicked in – they tore into a bag of dog food to survive. Without water, they were forced to drink from the toilet.

Eventually, their food ran out, and they began to eat couch cushions to fill their starving stomachs. Although it made them feel full, this is extremely dangerous and could have led to blockages. Their days were filled with feelings of abandonment, loneliness, and not knowing if or when someone would ever return.

When they were finally found, they were emaciated, shut down, and terrified.

Their finder took them to the vet, and to her surprise, they were healthy (with a minor ear infection) despite being extremely underfed. The finder continued to care for the dogs in their home, and slowly they began to trust her when they learned she was visiting to feed them, bring them outside, and provide some relief with loving care. An adopter stepped up for Yuri’s companion, and the finder reached out to Ruff Start to help with Yuri. She had been visiting the home twice a day but wanted more for this sweet boy. He was starved for attention and needed a family.

Yuri joined Ruff Start right before the holiday. He has settled into his new temporary home and he is full of love. Yuri has no physical signs of abuse, but he does run and hide if there are loud noises or voices, likely due to the violence in the home. We can’t fix what happened in Yuri’s past, but we can ensure he has everything he deserves in the future. Please make a gift in Yuri’s honor to help with his care and the care of future Ruff Starters.