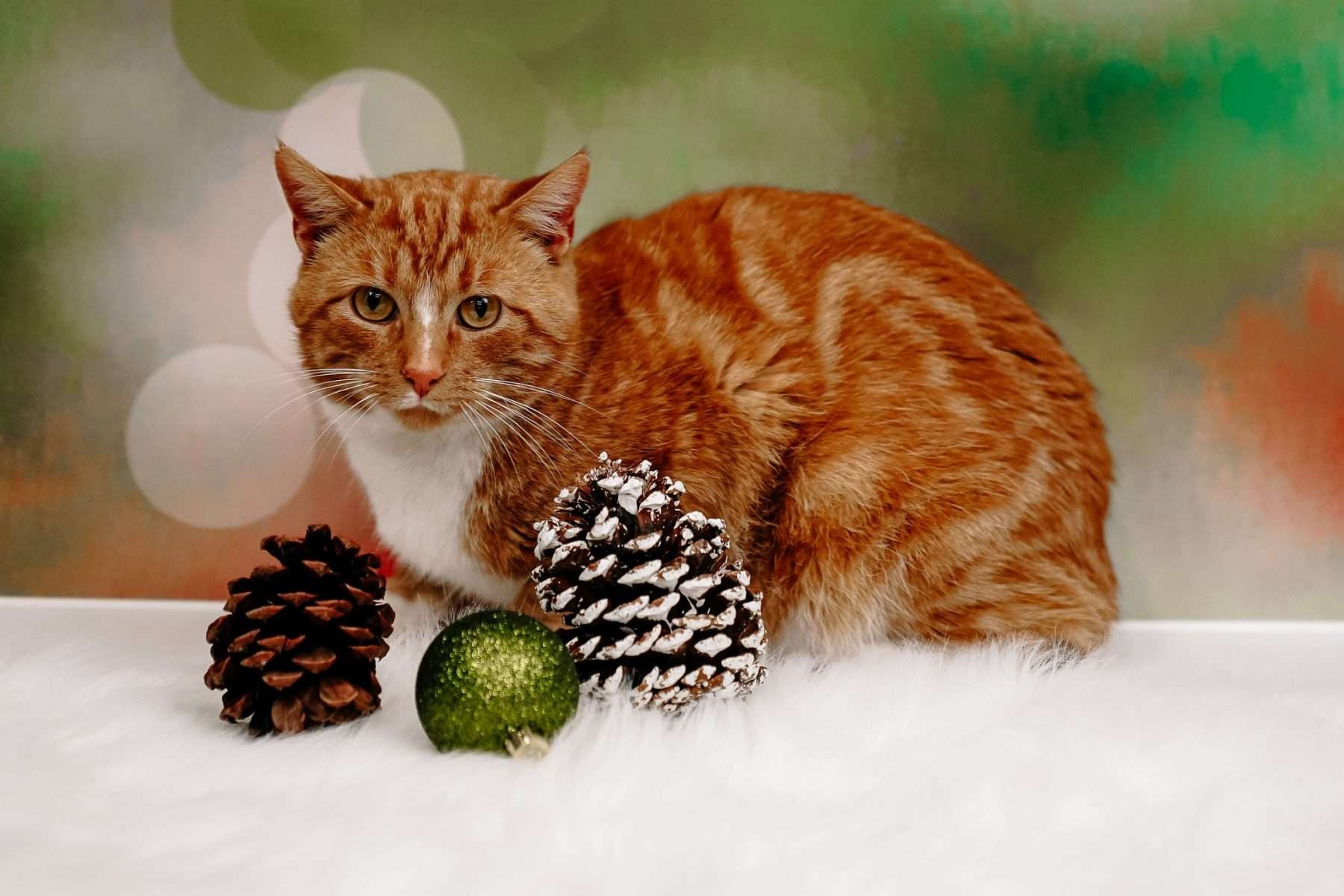 The Story of Bob Cat

Braving the wilderness alone, with an infected tail.

Bobcats are known to be fierce, fearless survivors in the wild. They’re also known for their short tail, which completes their stout, athletic figure.

Although Bob Cat, the housecat, was not born with a shorter tail, the circumstances he was found in helped to determine his namesake. At first unnamed, a stray cat was recently found outside a good Samaritan’s home, eager to help the friendly feline. He was in dire need of a warm, safe place and urgently needed some medical attention. That much was evident at first glance.

The good Samaritans who found Bob Cat could tell he had been alone for some time and noted something strange about his tail’s appearance right away. It seemed to be wrapped tightly with an old bandage, and by the time of his arrival on their front porch, the bandage had adhered to his fur and skin. The remaining segment of his tail was full of blood and puss, obviously infected, and held a horrific smell. His finders knew they would not be able to help with all the medical attention he would need, but they got him started by offering some standard preventative care. Then, they contacted Ruff Start.

Luckily, thanks to a long-time foster willing to open her home to yet another foster animal, we brought Bob Cat in to be examined by our medical team quickly after receiving his plea.

While we can’t say for sure, our best guess of Bob Cat’s history was that he had gotten into a fight with another animal and was found by someone who tried to help heal his wounds by wrapping his tail.

However, Bob Cat’s tail worsened after being let back into the wild with nowhere else to go. His bandaging was too tight and became dirtied by the elements, which caused the remaining half of his tail to become necrotic, essentially destroying it beyond the point of repair. When the injury remained untreated, it became infected, resulting in the tragically painful condition he was found in before he arrived in our care.

But luckily, he had a community of support around him, and we began treating him immediately. After our team assessed Bob Cat’s overall health and wounds, it was quickly determined that their only option would be to remove the remnants of his tail so that the current infection didn’t spread. The team provided him with two different antibiotics and a dose of pain management medication to help him heal.

We are incredibly grateful for our community of fosters, volunteers, and supporters at Ruff Start Rescue. Without you, we wouldn’t be able to help animals like Bob Cat.

If you’re in a position to give, would you consider supporting our Animal Care Fund for Give to the Max Day?

Now that Bob Cat has warmed up in his foster home, he is showing his loving personality! He loves to snuggle, get belly and neck scratches, and play with all the new toys. You can apply to adopt Bob Cat today!