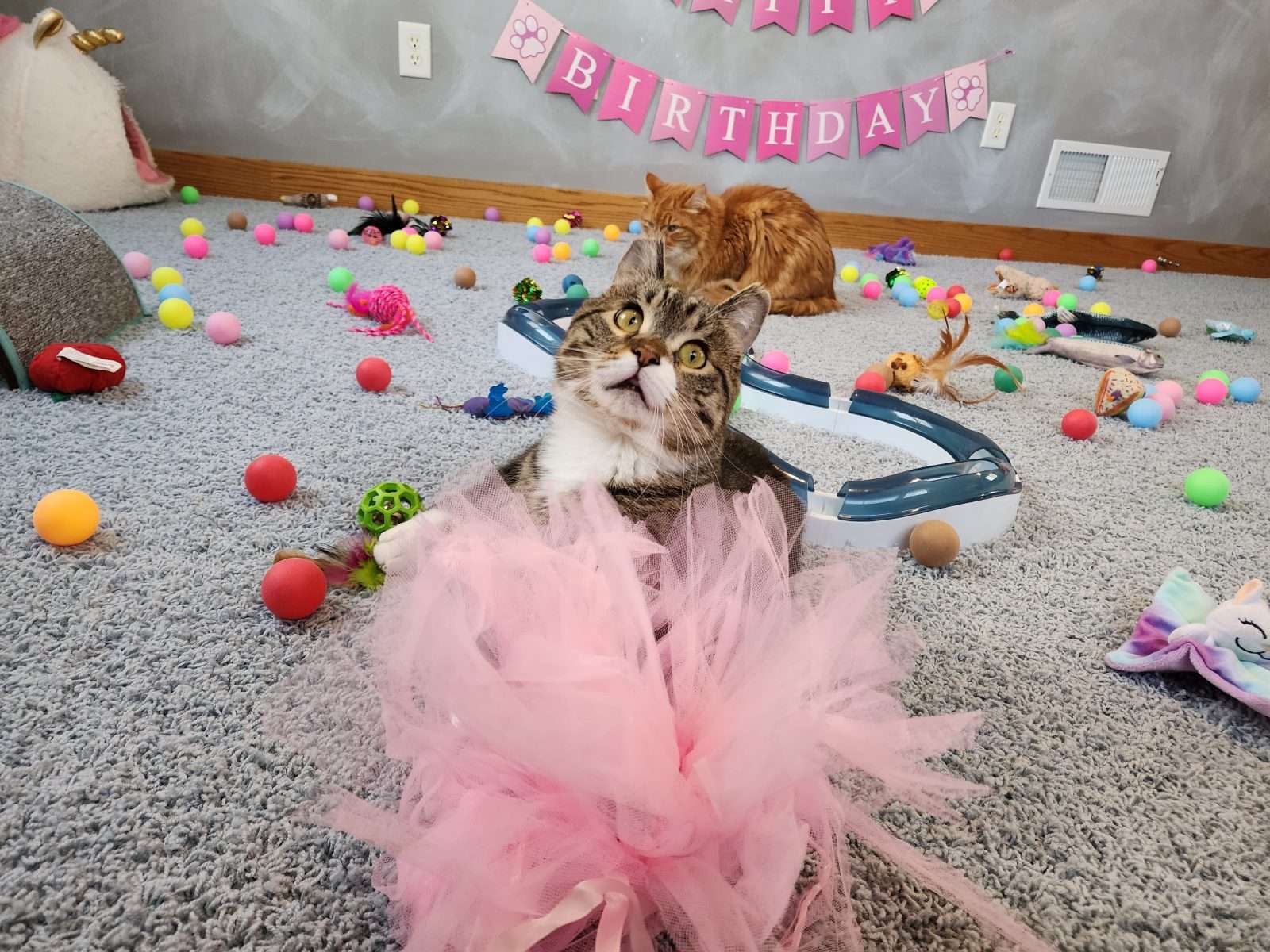 What love and rescue can do.

what love and rescue can do.

An update on Isley – One year later.

Some of you may remember the story of Isley. About a year ago, the sweetest cat named Isley came to us from a terrible abuse situation, with many extensive injuries from her abusive past home. All four legs, her tail, her skull, and her hard palate had multiple fractures that had been there for a long while. She had experienced trauma to her teeth and claws, and we knew we needed to do whatever we could to help her, so we quickly took her into Ruff Start.

Unfortunately, there was nothing we could do to correct the old fractures, but we kept Isley comfortable with pain and arthritis medication. We also treated her for periodontal disease and removed her four diseased and painful canines through a dental procedure. We knew she had a long road to recovery and was placed in a loving foster home, which happened to be one of the technicians on our veterinary team. Her foster did what every foster hopes to do: provide Isley with what she needed to be happy and healthy again. Her foster knew improving her overall well-being would take some time; with her injuries and understandable fear of the unknown, patience and love would be the only thing that gave Isley a chance to know the caring touch of a human. Luckily, it didn’t take long for her foster parents to realize Isley was meant to be a part of their family so they could work with her forever! They quickly filled out an adoption application for the little gal, giving Isley a fresh, permanent start. It was time for her new beginning!

Over the last year, Isley has blossomed into an outgoing and playful cat who enjoys carrying around her toys and snuggling with her adoptive family. They have been able to celebrate many milestones together and even cross a few things off the bucket list that you all helped us create for her last year!

So far, Isley has…

Recreated iconic cat photos/memes such as Pizza Cat in Space

Posed for Glamour Shots showing off her adorable personality.

Celebrated a birthday party where she was the star.

← Hungry kittens need help!
The Story of Cooper – A Reunion →