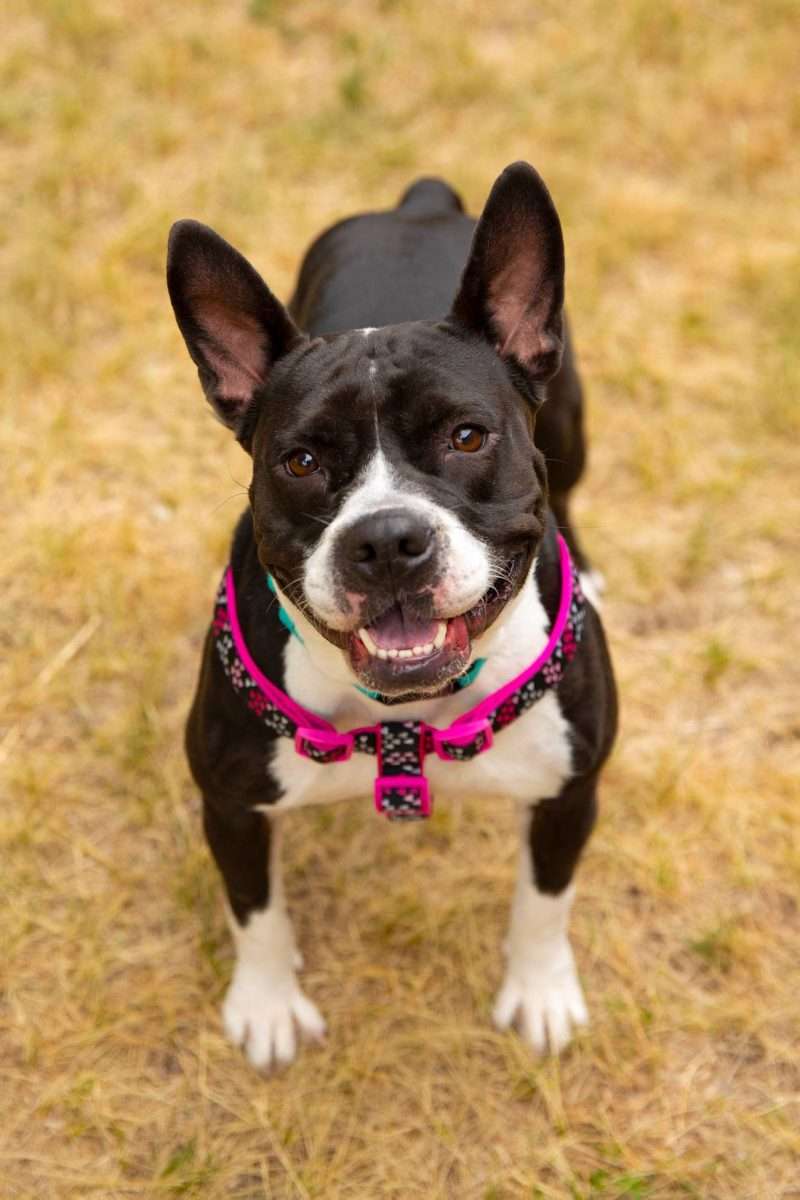 It’s no secret that Pit Bulls get a bad rap. However, the general stereotypes, misinformation, and myths about Pit Bulls are usually a bit far-fetched.

Unfortunately, the term “Pit Bull” has become associated to some with dogfighting, aggressive behavior and negative temperament.  However, according to pitbullinfo.org, there are no scientific studies that conclude any breed or dog type is “inherently more dangerous” than another. In reality, if you know someone who has a Pit Bull, they’ll likely tell you what a “big baby” their pitty is. These block-headed dogs are just as social, playful and affectionate as other canines.

Did you know that the term “Pit Bull” isn’t even an official breed? According to multiple sources, “Pit Bull” is simply a catch-all term commonly used to refer to dogs that are mixes of breeds that have ‘block-heads’ (large, wide heads) like most terriers (Staffordshire Bull Terrier, American Staffordshire Terrier, Bull Terrier), bulldogs, boxers, and bull mastiffs, among others. All of these breeds have common ancestors and similar traits.

Unfortunately, “Pit Bulls” take the brunt of bad press and legal banning of dogs in public places. This banning is called Breed Specific Legislation (BSL) and it is the legal way that cities, municipalities, and even landlords can deny families from having certain dogs as family members solely based on their appearance. Such legislation usually applies to breeds that have a stereotype of being dangerous or aggressive, with “Bully Breeds” commonly topping the list of dogs that have been deemed ‘unacceptable’.

Many animal welfare organizations, as well as several other national organizations, such as the Centers for Disease Control (CDC) and even the American Bar Association, universally reject BSL. Minnesota is also home to a groundbreaking nonprofit called My Pitbull is Family, which advocates for fair and equal housing for all dog breeds. Ruff Start Rescue is proud to partner with My Pitbull is Family and support the work that they do.

Just like humans, every dog is different. Each one has its own quirks, preferences, tendencies, and personality. We prefer to determine an animals’ goodness based on behavior, not appearance or breed label.

Ruff Start always has a number of ‘pit bull’ type dogs available for adoption. You can view all adoptable pups on our website.