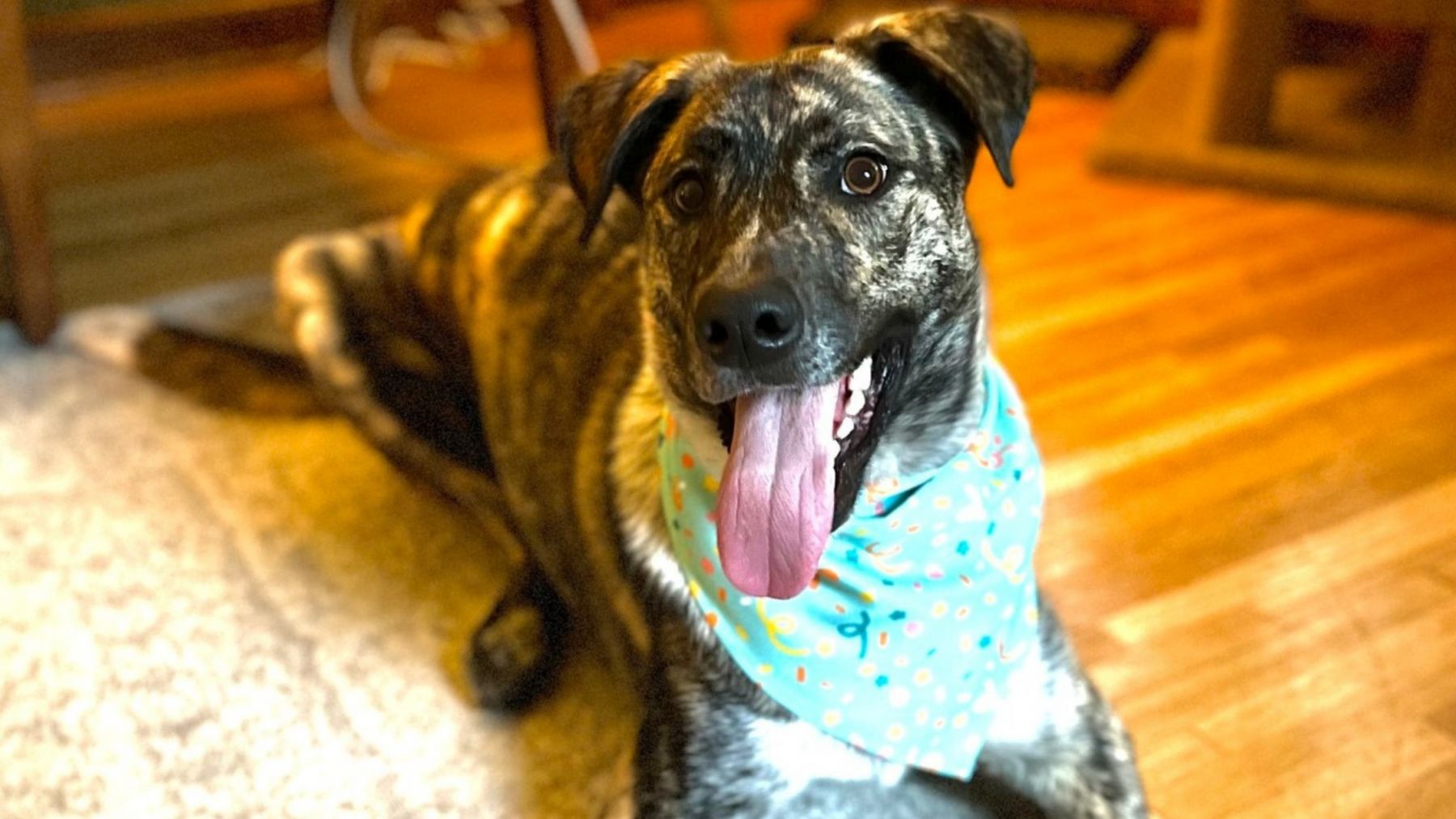 “When my husband and I saw photos one morning of little Miguel on Ruff Start’s website, we thought there was no chance we’d be lucky enough to adopt him – he was an absolutely adorable 4-month-old puppy, and we knew he’d have a ton of applicants! Crossing our fingers, we emailed that we were interested and could hardly believe it when Jenni, his foster, reached out to us later that day.”

“We were going to be first-time dog parents, and although we were so excited, we were a little nervous and had a lot of questions. Jenni was so helpful and patient with us, and she arranged a time for us to visit her home to meet him.”

“Right away, we saw how sweet and friendly he was – he wasn’t nervous at all to meet us, two total strangers (and wearing face masks, no less!) We could tell he was happy and felt safe and well-cared for in his stay with Jenni so far, and she told us more about him during our visit while we watched him play with his big bin of toys. The next step was a visit from Miguel and Jenni to our house, where we particularly wanted to see how he did with our two cats.”
“He barely even noticed them and was on his best behavior with Jenni, even at such a young age! Even more quickly than we could’ve hoped, Jenni helped us finalize his adoption, and we renamed him Mako and took him home! When we came to pick him up, it was a freezing cold day in February, and Jenni was so kind to make sure we had everything we needed, sending him along with a gift of some warm sweaters, treats, his food, and she even let him keep his blanket and some of his favorite toys!”
“Later that week, Jenni even drove all the way out to our house to bring us some extra flea and tick medication and was overall so helpful in easing our worries about helping a new puppy adjust. Jenni and I kept in touch over the next few weeks as Mako ended up having a minor bacterial infection, and she wanted to make sure he was recovering well.”
“He’s doing great now, a year later, and I still make sure to post photos in the Ruff Start Facebook group so that Jenni can see what a big, handsome boy Mako’s grown into. We can’t overstate how much comfort it gave us to have Jenni helping ease us (and Mako!) into this new experience – thank you, Jenni, and thank you, Ruff Start!”

Whether you’re adopting or fostering, one-of-a-kind connections are formed here at Ruff Start Rescue. Learn how you can be a part of the Ruff Start family at ruffstartrescue.org.