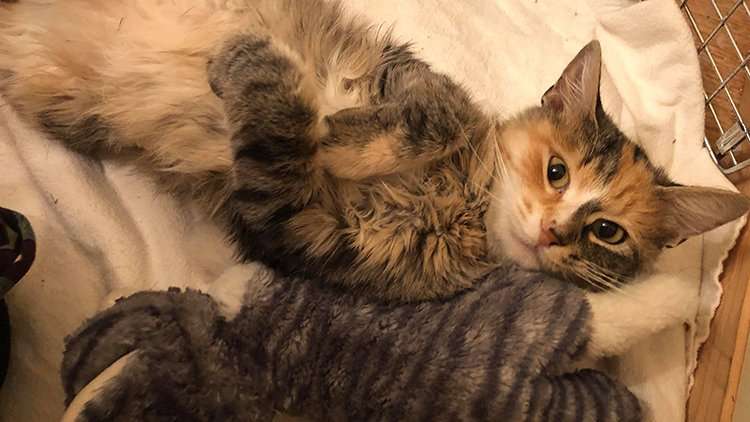 Colby the Cat: A Lesson in Perspective

Each year as I’m approaching my birthday, I do a lot of self-reflection. Both on the day of and in the days before the big day, I take careful time to look back on the previous year, my accomplishments, the ups and the downs. I think about how far I’ve come in both my personal life and my professional life. I marvel at how much the rescue has grown and impacted both my local community and, truthfully, the entire United States. I am grateful and I am motivated.

On October 11th, I was doing some of that reflecting. As I got ready for bed, I kept thinking about how, in approximately an hour or so, I was turning 32 years old. How I’d been running the rescue since I was 23, pondering where on Earth the time had gone, dreaming of what would come next. I had a fleeting thought I maybe could have done more in those nearly 10 years and questioned if this was where I was supposed to be in my life. Then my phone rang.

The call was from Colby, one of the rescue’s younger volunteers. Colby had been driving home from work and saw a cat laying on the side of the road not far from my house. The cat had been hit by a car. When he checked on her, though, she was still alive, and was very beat up and broken.

The thing with rescue in this situation is that there are potential repercussions for our actions no matter how you flip the coin. For all we knew, this cat could have been somebody’s pet, and we’d be assuming financial responsibility for her before her “stray hold” (the period of time that must pass before a found pet can be made available for public adoption, in an effort to find their previous owner) was up – which was a gamble within itself. We could help her and run the risk of spending thousands of dollars on her just for her to not make it through the surgery, depending on what her diagnosis was. Or, we could save her life and keep her comfortable and safe and then find her a home – perhaps the first one she had ever had in her life.

No matter the cost, I said yes. Let me explain why.

First and foremost, I’m an animal lover, and saving them all is, truly, in my blood. From the first time I realized a stray cat was a cat that didn’t have a home to when I encountered injured wildlife in my parents’ backyard, I knew I wanted to do whatever it took to save them. I knew that, in that moment, I had the power to save Colby’s found cat. Who wouldn’t want to do that?

But secondly, and perhaps most importantly, I remember being in so many similar situations to Colby when the rescue didn’t exist yet. Nearly identical, in fact. Like when I was 16 and I picked up a cat on the side of the road who had also been hit by a car and was still alive. Because I was young, didn’t know where to go, and didn’t have the funds to bring it to the emergency vet, I cared for it overnight with the intention of bringing it into my local veterinary in the morning. But when I woke up the next morning, the cat had passed away.

I remember the personal agony, guilt, and helplessness that came with wanting to help but not being able to or not knowing how. I remember that gut-wrenching feeling that settled in my stomach when I couldn’t save them, and how much I could only hope someone else would find them or could do something to save them. I remember it all too well and I didn’t want Colby to feel even a second of it.

In that moment – the moment right before I told Colby we’d help him save this cat’s life – I thought of one of my life goals. It’s a quote and, while it seems simple, it’s important. I try to live by it every day. “Be the person you needed when you were younger.”

When I was 16 and I found that cat on the side of the road, I needed someone like myself now, at 32. Colby needed me in this moment; so did the cat he was hopeful to save. The cat who passed away when I was 16 may have lived if someone like 32 year old me had existed.

So, I said yes, of course we will save her.

Colby dropped everything and drove the cat to the emergency vet clinic in Blaine. He tried to keep her comfortable and still, unaware of the damages done to her body, while in a bit of a hopeful panic. I called the vet clinic and told them to expect Colby and the found cat, giving them the OK to treat her and consult on what she needed to be healthy again.

Once she arrived, the cat received IV fluids, pain medication, an initial exam, and x-rays. She also had her wounds cleaned and treated. Unfortunately, the x-rays revealed a worse than we were hoping for prognosis: she had an awful hip fracture and her tail was splintered into multiple fractures as well. The emergency veterinarian advised we get a professional surgical consultation to help make the best decision on how to care for her moving forward, but hinted that the surgery that would entail was not going to be easy. However, our patient was a purring machine, in good spirits, and was young – young enough that she had a good shot at recovering if she had surgery.

After hearing all this, I knew it was going to be expensive saving this cat’s life. The things I have to consider in a situation like this are, unfortunate as they are, are important. Like, how many other cats could we save with the amount of money that we were potentially going to end up spending on this one cat? Will we even be able to raise the funds to pay for this cat’s medical expenses? But by this point, I wasn’t going to give up on her. I KNEW there had to be individuals out there who would want to help me save her and would make it okay for me to say “Yes, let’s move forward and do whatever is needed to help her”. She was lucky to have been saved by Colby and she deserved a shot at a good life. She was a fighter and she showed us immediately that she was grateful. The least we could do was try to give her the love she deserved.

After the surgical consult we received grim news, as we expected. She had an obvious dislocation of the left joint in the pelvis, her right hip was in multiple pieces, and her tail would never function again due to the fractures. She would need a double FHO (double hip surgery) and a tail amputation. When the veterinarian checked for function in these places to see if there was a shot at her living a normal life again, there was still a sign of function. It showed there was possibility.

Without much doubt at all, we said “of course” to her reconstructive surgery. She went in for surgery on October 16.

Her surgery went as well as we could have hoped. On a healthy dose of pain meds, she is pulling herself around a little more than she was before, is constantly purring, and says “thank you” to her foster mom as best as she can every chance she gets. She will go in for a recheck next week and we are anticipating 8-10 weeks of healing time to get her back on her feet.

So now, thanks to a late night emergency phone call an hour before my birthday, I have entered my 32nd year of life knowing what I’m doing is truly what I was intended to do. I know I’m living that quote to its fullest each time Ruff Start Rescue says they’ll do whatever it takes for one of these hard cases. I’ve created a place that can give animals like Colby – named for the sweet volunteer who gave up his entire evening to save her life – a chance at health and happiness. But we can’t do it without you.

Colby’s emergency vet bills were $563. Her surgery bill came in at $2,076. Once she is healthy enough, we’ll need to get her altered and vaccinated per our protocols – which is an additional couple hundred dollars or so. If you want to put a dollar amount on what we will end up spending to save Colby and give her the life she deserves, she will cost the rescue nearly $3,000 – provided she heals up perfectly, which is our hope but not a given.

When I was 16, the thought of paying $3,000 for one animal’s care was astronomical and far-fetched. Now, while still very challenging, it’s more like a lesson in perspective and gratitude. Now, I have access to a multitude of people who also want to be the person who says they’ll do whatever it takes to help. I now have the ability to pool the things they’re so heartwarmingly willing to donate – things like money, time, and talents – so we CAN save these animals instead of just hoping someone else will.

Ruff Start Rescue is a true place of rescue for animals just like Colby. Only by a stroke of luck will they find us – and oh, I truly hope they do.

If you’d like to donate to Colby’s care, you can donate online or send a check to the rescue at:

All donations are appreciated and absolutely necessary to continue our mission of saving the lives of animals in need or at risk. 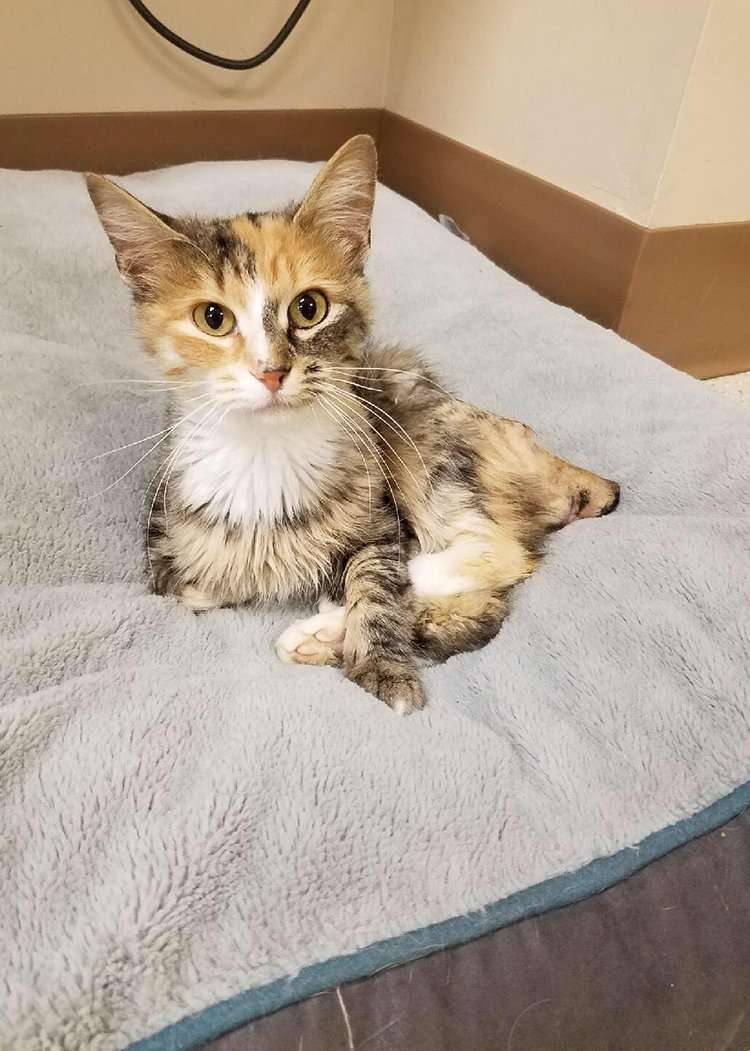 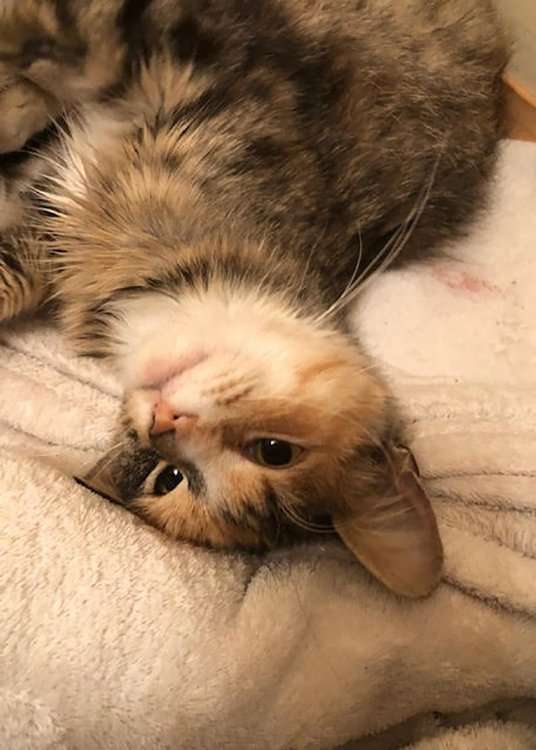 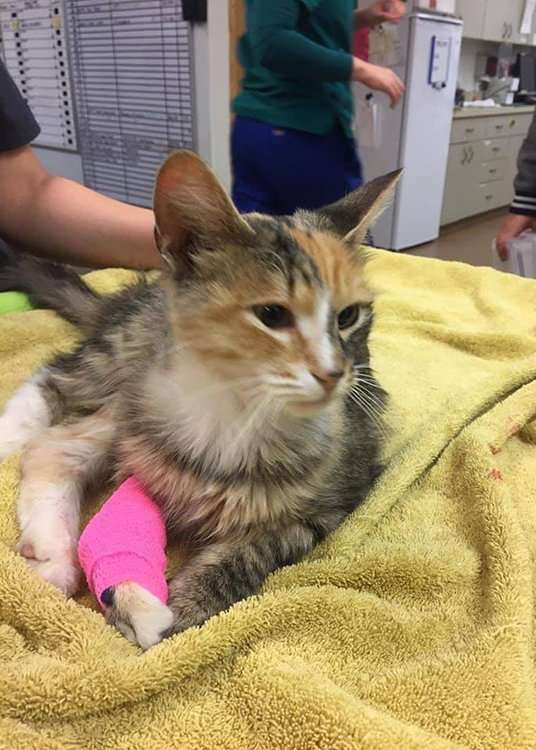 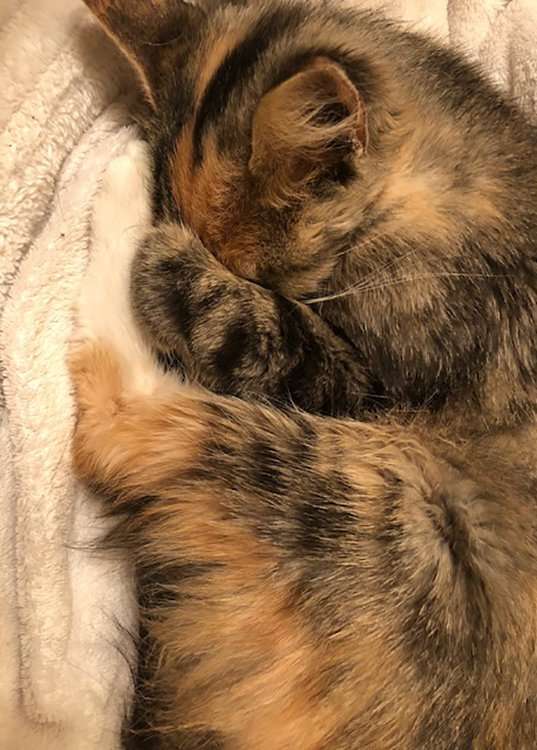 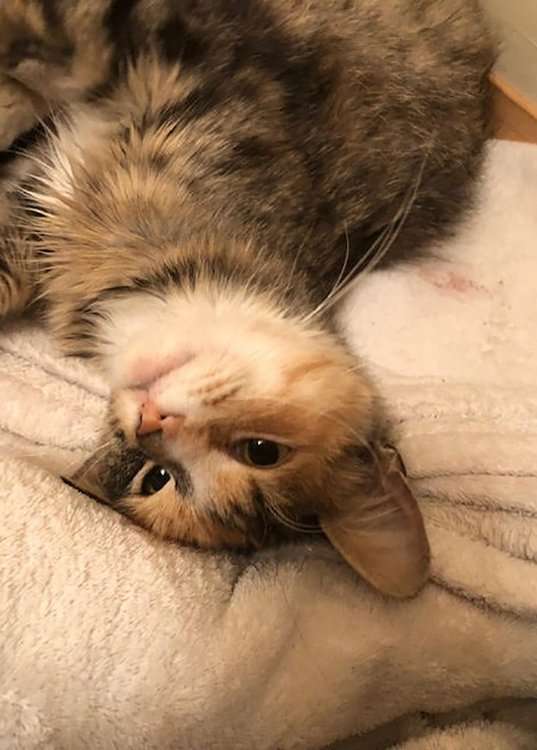 ← A Trip to Houston, A Commitment to Change
A Major Case of Neglect →